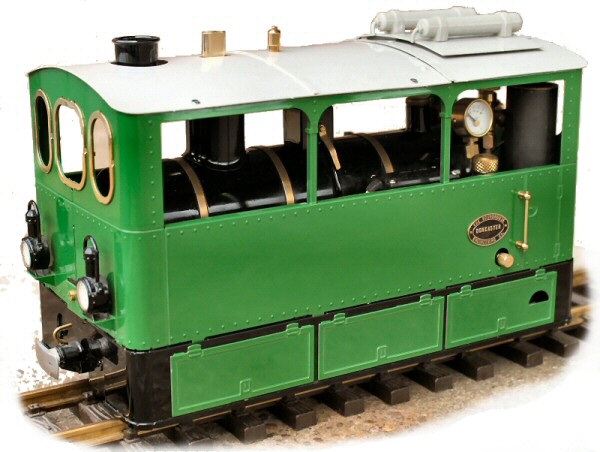 Stanley was first introduced into the Roundhouse range in 1995. Although freelance in design, he takes his style cues from typical tram locomotives used throughout Europe and the UK in the early 1900s and would look at home on any garden railway.

Since his disappearance from the Roundhouse catalogue, we have received many requests for his re-introduction so, for 2014 we have decided to produce a limited edition of just 100 models. Small alterations are being made to bring the design up to date and streamline production but visually, Stanley will be as originally designed. Each model will carry an extra brass number plate as well as its standard serial number stating it’s position in the run e.g. 01/100 and will also have a commemorative certificate. Once the 100 models have been sold, no more Stanleys will be produced.

Specification for Stanley is :-